We create connections between research, evaluation, expertise and education in important social areas such as sport, public health and institutional change

We are part of

Social Challenges Unit of the University of Warsaw:

Our uniqueness consists in:

1. innovative research tools (we tailor them separately for each challenge and social context and after completing the research we teach the stakeholders how to use these tools for self-evaluation and in-depth reflection)

4. the values of openness, equality, sustainability, diversity, design thinking and doing things “out of the box”

5. the focus on building lasting impact which can be strictly measured within the framework accepted by business and thus filling the gap between business and Academia

Founder
Graduated University of Warsaw (Interfaculty Individual Studies in Humanities), her thesis was on a polish self-image and mechanisms which create it (work was defended in Institute of Sociology). Cooperated with many non-governmental organisation .For 5 years she co-founded the team of “Social Action 2012” which was financed by CEE Trust and was focusing on social consequences of prepation process of UEFA EURO 2012. Thanks to this non-orthodox project she could lead qualitative studies on sport for all (like the first social research on public playgrounds “Orliki”). Dedicated to discovering and sharing knowledge which can make people’s lives more human (healthier, more pleasant, more comprehensive). 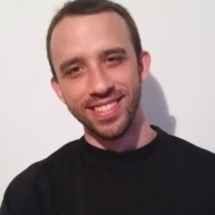 We create and realize

In coperation with Swiss agency Schwery Consulting http://www.schwery.ch/frontend/index.php we were examining the impact of several actions which took place in the year of European Football Championship in Poland and Ukraine.

It was interesting to place under scrutiny the UEFA social approach and the way it effected several topics related to the tournament: coppertion with football fans, extending access to stadiums for people with disabilities (wide range of them), promotion of health amongs children training sport on public playgrounds and awereness of all sort of racism.

We also conducted interesitng research in all four polish Host Cities on the communication behaviours (about the level of satisfaction with public transport).
Taking part in this project learned us a lot about logic of global institutions and organisations such as UEFA – especially about their relations with countries goverments.

The core idea of this project is to create a model of cooperation between University of Warsaw and insitutions from private, public and non-governmental sector due to solving real problems, especially in environemntal protection and sustainable development. The project will provide a brand new educational model, consisting of learing tolls set (syllabus, handbook, website, rules of cooperation), which enable students in conducting research and preparing thesis corresponding to the needs of external insitutions.

Why so many young people drop off the sport?

Middle school is the border between physically active childhood and stationary adolescence. The reason off this dramatic drop out from the participation in sport was our main interest in this extra-ordinary research. We convniced “Million Dreams” Fundation to ethnographic methodology: it is enough quantitative data which show us the amount of in-active people, but we still need in-depth knowledge about the resean of this situation. Our researchers had spent almost two weeks with several young people from villages, small towns and cities to reveal the drivers within teenagers lives. We have discoveres that:

That was a delightful research process which gave us as a result many insights about contemporary youth and their attitudes toward education and sport.

Conducting a lot of research on sport in Poland we have discovered worriesome paradox – all documents enhance the meaining of physical activity in fight against diseases – but the is no practical connection bewteen sport and health policies. Medical sector do not promote sport in treatment systems, sport institutions have small awarness of new, more related to health problems solving methodology.

We have decided to set up a inter-sectoral group of experts to build practical cooperation between this two sectors and to bring to the table what is needes to establish sustainability: data, good practises (from Poland and from abroad), constant exchange of ideas and further more – tools to be implemented in both policies.

Now we are preparing grant proposal to up-scale very interesting methodology from polish health center from Sopot which have entered sport as a healing tool for childern with allergies, asthma and obesity.